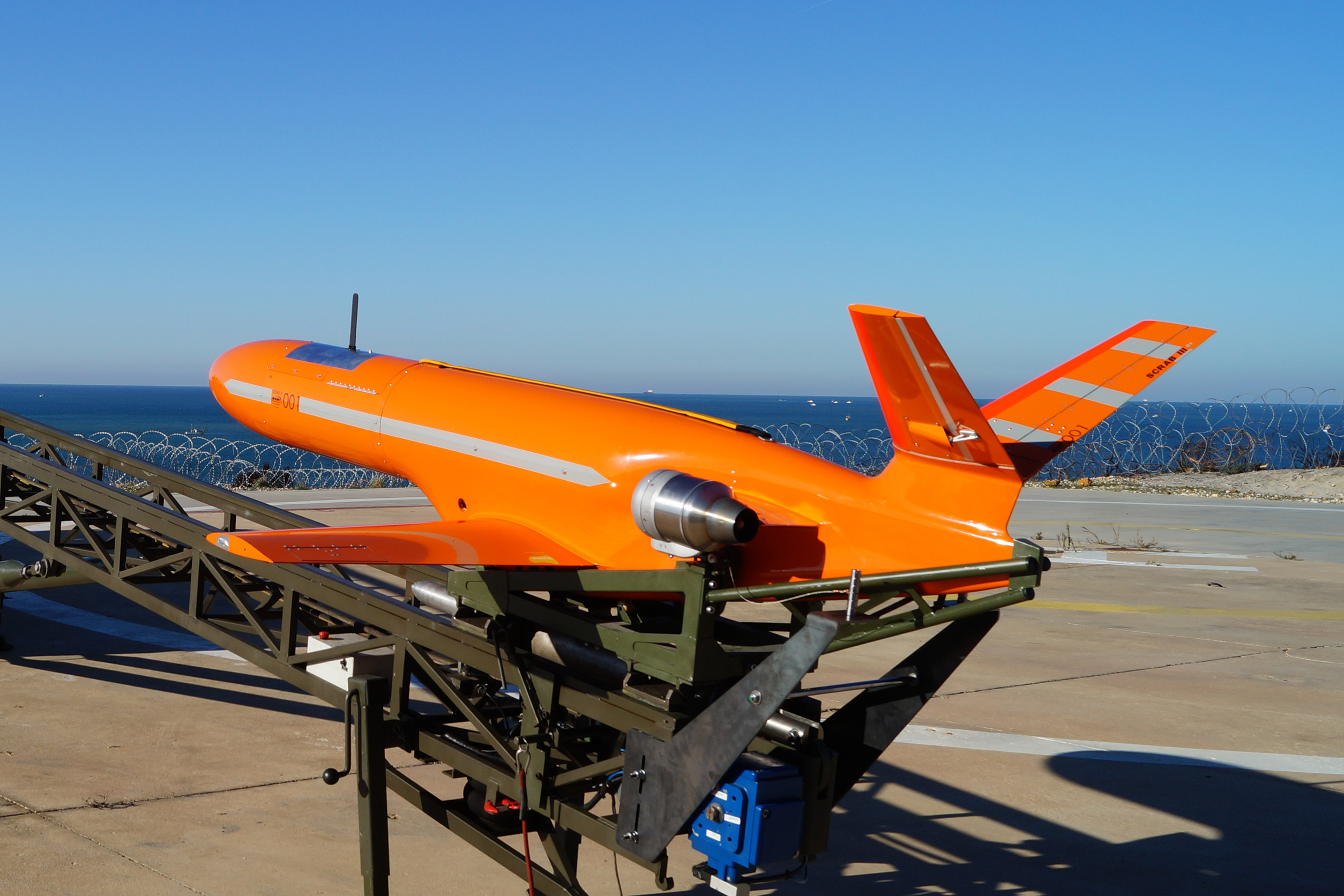 Madrid, May 23, 2019 – SCR and everis Aerospace, Defense and Security (everis ADS) will present the new SCRAB III in FEINDEF. This state-of-the-art aerial target drone reached a speed of 650 km / h (350 knots) during recent tests, which represents an important qualitative leap compared to its predecessor, the SCRAB II.

The SCRAB III is a target drone designed by SCR to provide the Armed Forces with a product that combines excellent performance and competitive costs. The platform is the result of an ambitious R&D project entirely developed in Spain, at the SCR facilities in Madrid, where it was also manufactured and assembled.

In addition to the aforementioned speed, the system also has a maximum altitude of 8,000 meters, a operational range of 100 kilometers and an endurance of one hour. On top of this, it is designed to transport payloads of up to 13 kg, which makes it a very versatile platform, both for military campaigns and for possible uses in research and experimentation.The SCRAB III represents the most advanced product of the SCRAB target drone family, which are an international reference within the sector. In this sense, SCR has produced over 350 units of the SCRAB I and SCRAB II which have been used in exercises and campaigns in 12 different countries, including Spain. The SCRAB II recently participated in the latest edition of the Dardo 2018 training exercise, organized by the Combat Air Command (MACOM) of the Air Force.

Another novelty that SCR and everis ADS will showcase in FEINDEF is the tethered drone ASTER-T, which was presented a few days ago to the Spanish Army in a demonstration at El Teleno Manoeuvres Field, in León. The ASTER-T is a hexacopter that provides fast and uninterrupted aerial coverage thanks to a continuous power supply. The system is connected by cable to a power source on the ground, which guarantees unlimited autonomy. In addition, the same cable allows a secure management of all communications.