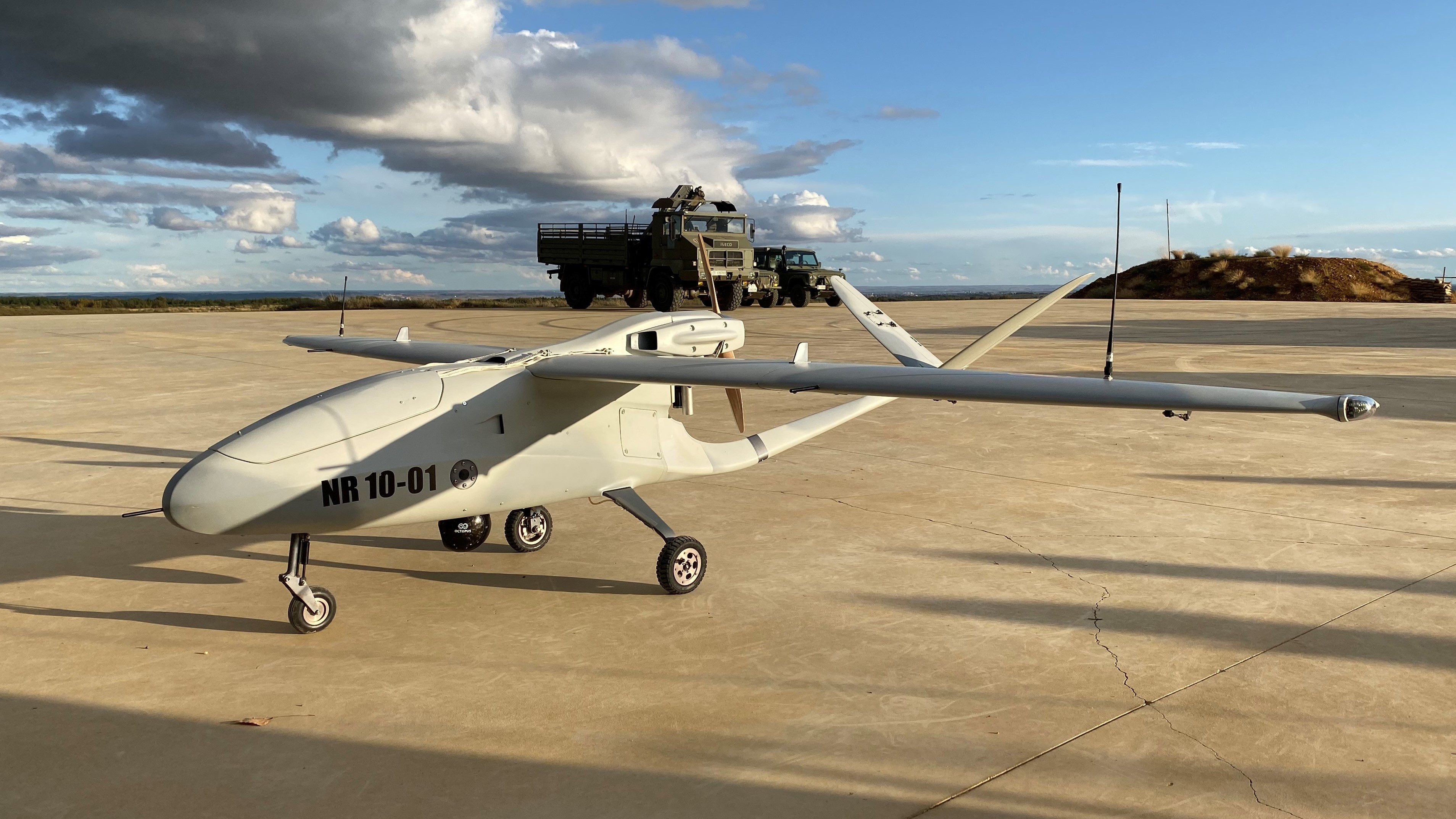 The UAS Atlantic, designed and manufactured in Spain by SCR, has recently carried out a flight campaign at the Air Force´s UAS Military School, which forms part of the GRUEMA (the Matacán Group of Schools). It was within the Rapaz Project framework of the General Directorate of Armament and Material (DGAM, in Spanish) of the Spanish Ministry of Defense.

The campaign was carried out last February in the province of Salamanca (Spain), where the GRUEMA headquarters are located. At the campaign, the UAS Atlantic was put to the test: the system’s deployment, operational and retraction capabilities; the platform´s reliability; the communications´ robustness; target acquisition and tracking systems. During these operations, missions were carried out at ranges extending 45 kilometres.

This campaign represents a new milestone for SCR within the Rapaz Project. Since 2016 the company has played a very active role in the DGAM program, which has been invaluable for the evolution of SCR products and has boosted the capabilities of the UAS, backed by the Spanish Armed Forces. A case in point within this Project, the UAS Atlantic has reached an operational range of 126 kilometres with a data link and video in real-time during exercises with the Group of Information and Location Artillery (GAIL, in Spanish) II/63 of the Spanish Army.

“It is an honour for SCR to continue collaborating with our Armed Forces and to be able to operate our ATLANTIC system together with the UAS Military School”, said José Antonio Ceballos, SCR’s managing director. He also recalled that the GRUEMA has had the UAS Tucan since 2017. This system was also tested by this unit within the Rapaz Project.

“We work to make the most advanced developments in both UAS and target drones available to our Armed Forces. We have been collaborating with the Spanish Army in the target drones field for over 25 years”.

The Atlantic is a medium-range, high-performance unmanned aerial system that has been specially designed for ISTAR missions: Intelligence, Surveillance, Target Acquisition, and Reconnaissance. It is a Class I UAS made entirely out of composite materials and designed for fast operating response. The UAS Atlantic is already in service in the Spanish Armed Forces within the Group of Information and Location Artillery (GAIL) II/63 of the Spanish Army.