SCR targets participates in the training exercises of the Portuguese Navy 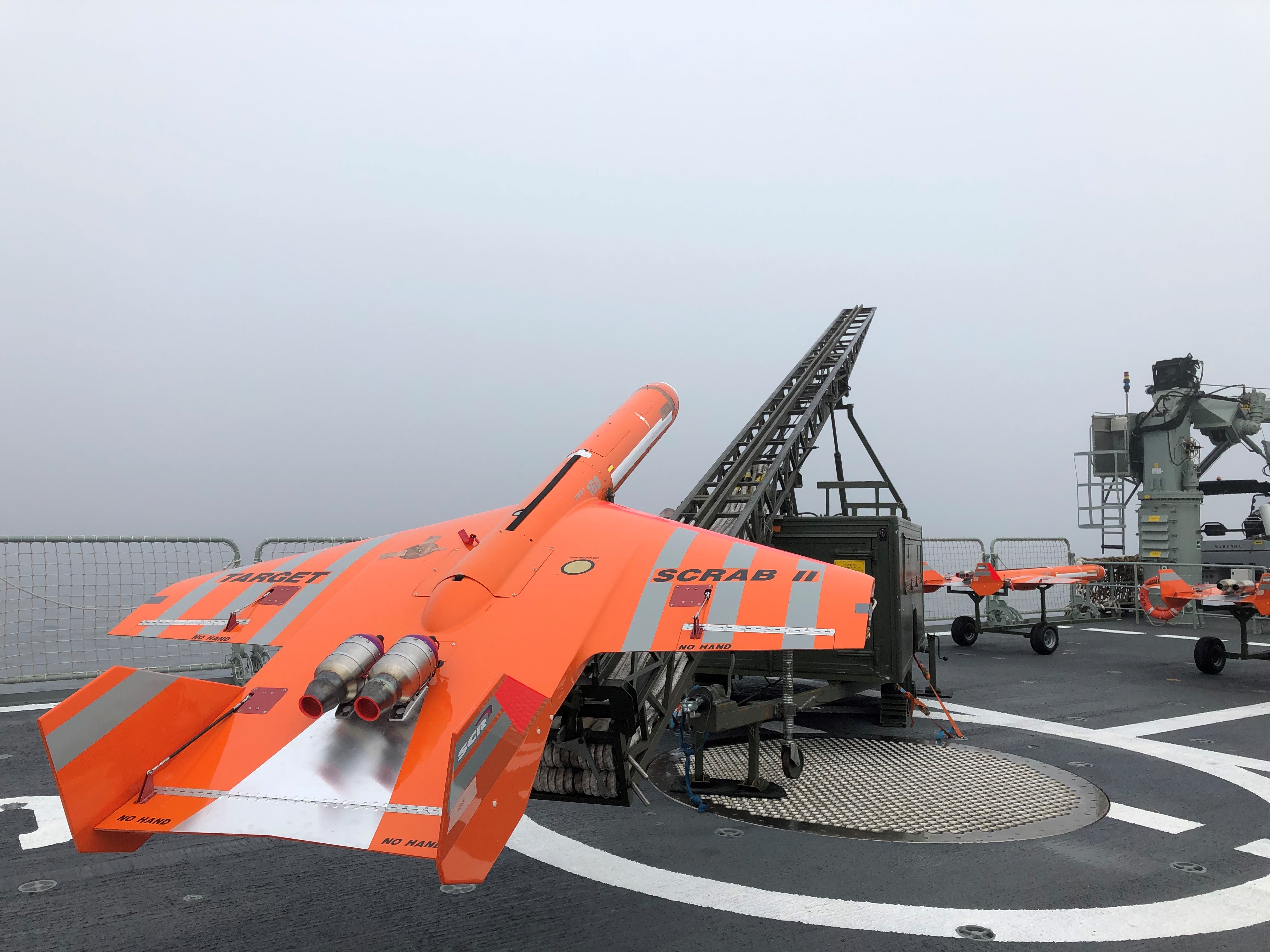 Madrid, July 29, 2019 – The aerial targets of SCR, company of the everis Aerospace, Defense and Security (everis ADS) group have recently participated in the CONTEX-PHIBEX training exercises, organized by the Portuguese Navy. The maneuvers have been carried out under the direction of the Chief of Mayor State of the Portuguese Navy itself, and also ships from other European countries such as Spain and France have taken part in it.

Specifically, several SCRAB II targets equipped with different payloads such as MDI (Miss Distance Indicator) and passive radar signal amplifiers have been used in these exercises. In total there have been two campaigns. In the first one, RIM-7 Sea Sparrow and Phalanx missiles were fired from the Royal Court frigate. During the second, cannon shots were fired from the frigates Alvares Cabral, Victoria and Corte Real.

This is the first operation that SCR performs for the Armed Forces of Portugal. It should be remarked that the client achieved the objectives that had been set. SCR services during these exercises have included the deployment, preparation and tuning, and operation of aerial targets.

The SCRAB II is one of the reference targets of the SCR catalog. This model has been used in recent years by numerous armed forces in many training exercises aimed at land, sea or air units.

Designed under the premise of combining remarkable technical performance with maximum simplicity in the operation and maintenance processes, the system has a double turbine propulsion equipment, which allows it to reach speeds of up to 120 meters per second.