SCR’s Atlantic and Tucan UAS take off at UNVEX showcase 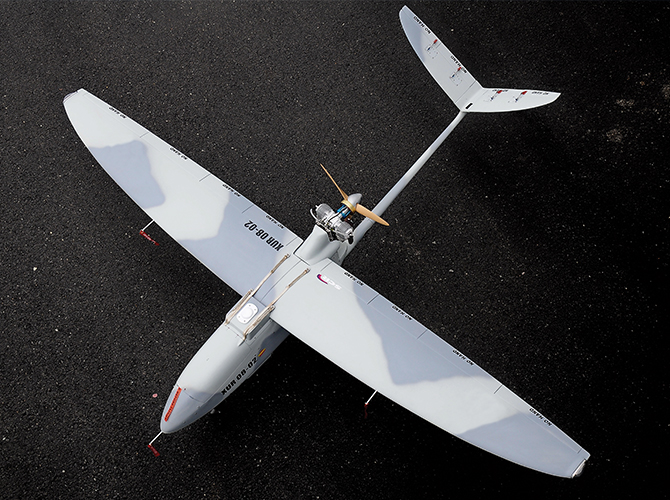 Madrid, May 25, 2018 – The Atlantic and Tucan UAS (Unmanned Aerial System), produced by SCR, an everis Aerospace, Defense and Security Company, will participate in the flight demonstrations, organized as part of the UNVEX exhibition, which will take place in León, Spain from the 29th to the 31st of May.

UNVEX demonstrations represent an opportunity to present to the public the capabilities of two of the most outstanding SCR platforms. Both platforms have recently been acquired by the Spanish Armed Forces to be included as part of the Rapaz Project of the General Directorate of Armament and Material (DGAM) of the Ministry of Defence.

The Atlantic has participated in a total of thirteen campaigns with the Information and Tracking Artillery Group (GAIL) II / 63 of the Army within the Rapaz Project. The Tucan, which was later incorporated into the program, has taken part in eight campaigns.

The Atlantic demonstration at UNVEX will take place just a few days after the aircraft has achieved a major milestone in the flight campaigns within GAIL; the Atlantic reached a range of 126 kilometres with data and video link in real time without interference and without using intermediate communication relays in the field.

SCR and everis Aerospace, Defense and Security will exhibit their new developments both in the area of target drones and in the solutions for surveillance and inspection

The latest version of the Tucan UAS will be exhibited, equipped with a new double-sensor (visible and infrared spectrum), spin-stabilized and low-weight camera. This camera, which will be offered as our flagship system together with the Tucan, is a perfect complement for the performance of a wide variety of missions in the Security and Defence sectors.

The Scrab II equipped with the innovative IR Nose system will also be presented to the market for the first time in UNVEX 2018.  The IR Nose, which is a result of SCR’s R&D efforts, allows generating an infrared signature on the target’s head without using flares or other hazardous materials. This enables SCR targets to meet the infrared radiation requirements of certain Defence systems, while facilitating the logistics and maintenance of equipment and platforms.

The operation of the IR Nose is managed directly from the autopilot, offering a range of up to 60 minutes, significantly higher than other systems. Moreover, it can be operated in extreme environmental conditions.