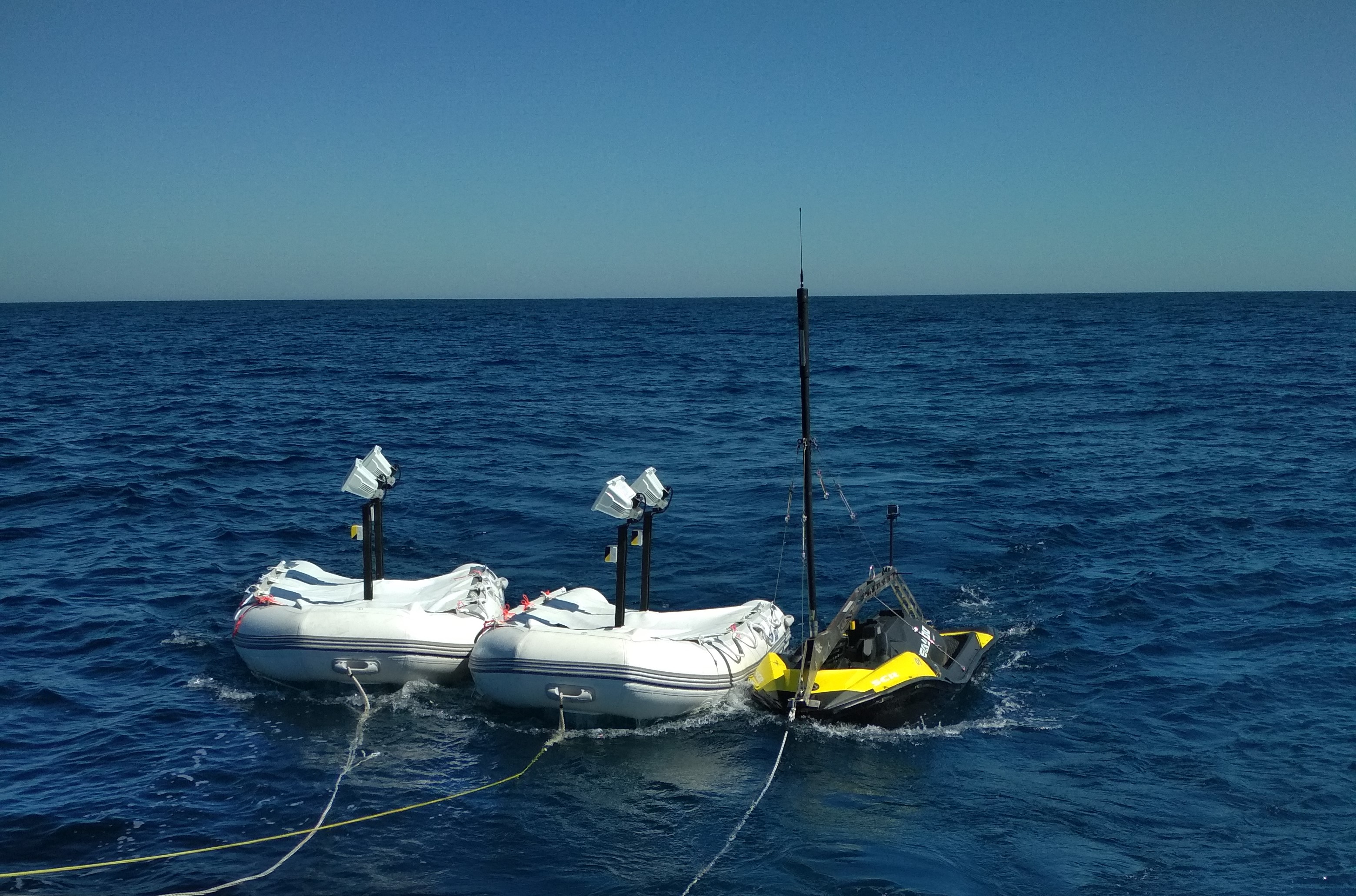 SCR target drones have participated in a new edition of the training exercise Dardo, organized by the Aerial Combat Command (MACOM) of the Spanish Air Force. This is the first time that autonomous naval target drones have been used for these maneuvers, which involved the use of the SPAYK I model and several of SCR’s towed sub-targets.

During the training campaign, carried out between September 24th and October 1st in the Gulf of Cádiz, different defense scenarios were simulated, facing aerial and naval threats. SCR also provided for the exercises various units of the aerial target SCRAB II, one of the reference products in the target drone sector.

The exercise Dardo 2019 had among its innovations the addition of this surface naval target. Specifically, the autonomous system SPAYK I was used, which towed several sub-targets equipped with infrared systems.

The SPAYK I is an autonomous naval target developed by SCR, equipped with an autopilot-based control system. It can be set to integrate a huge range of payloads and to tow a secondary target, as was the case on this occasion.

As for SCRAB II, it is one of the most widely recognized products in the SCR solution portfolio. It is a high-range aerial target that has two jet engines prepared for integration with a huge range of payloads.